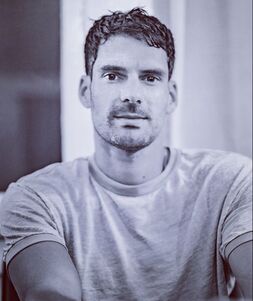 My research bridges insights from international relations and comparative politics, engaging with literature on transnational politics, sexuality and gender, norm diffusion, and the study of social movements. I am particularly interested in how the transnational mobilization of marginalized peoples and international channels of visibility influence socio-legal change across states. My book, titled When States Come Out: Europe’s Sexual Minorities and the Politics of Visibility, was published by Cambridge University Press in April 2016. It uses a mixed-method approach, combining large-n quantitative analysis with in-depth qualitative analysis of key cases, in order to explore the domestic conditions under which international norms governing LGBT rights are most likely to spread.

In 2014, I was the recipient of the American Political Science Association’s Human Rights Section award for best dissertation, and the American Political Science Association’s Sexuality and Politics Section award for best dissertation. The following year, I received the European Union Studies Association's biennial 2013-2014 award for best dissertation. I also received the 2014 Janice N. and Milton J. Esman Graduate Prize for distinguished scholarship, and the 2011 George McT. Kahin Prize for the research in the areas of international relations and foreign policy studies judged to hold the greatest promise as a contribution to the discipline (both from Cornell University). In 2017, Drexel University awarded me a Career Development Award for my latest work on social learning. Also in 2017, the Council for European Studies' Gender and Sexuality Research Network recognized my work with Jeremiah Garretson (published in Comparative Political Studies) with their best article of the year prize. In 2018, I received Drexel University's Provost Award for Outstanding Early-Career Scholarly Achievement, to recognize a faculty member who has demonstrated unusual excellence and is an emerging leader in their scholarly field.